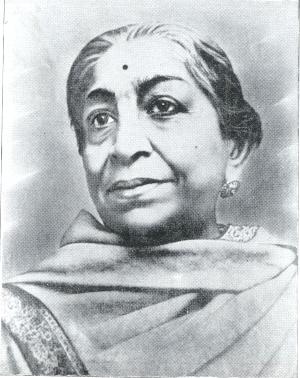 Sarojini Naidu, also known as Sarojini Chattopadhyaya, was a famous Indian poet and a major freedom fighter who went on becoming the first Indian woman to be appointed the president of the Indian National Congress and the Governor of any state in India. Most of all, she was a noted child prodigy and a master of the children’s literature. Naidu was given a sobriquet Bharat Kokila (The Nightingale of India) on account of her beautiful poems and songs. Some of her best books that established her as a potent writer include The Golden Threshold, The Gift of India, and The Broken Wing. An active participant of the Indian Independence movement, Naidu joined the national movement taking Gandhi’s call and joined him in the popular Salt March to Dandi. With the Indian Independence in 1947, Sarojini Naidu was made the Governor of the Uttar Pradesh in the wake of her contribution to the movement.

Sarojini Naidu had many credits to her, including a notable contribution to the Indian Independence Movement. She joined the movement at the rear of Bengal partition in 1905 and since then, she stuck to her commitment to the cause. While working for the Indian National Congress, she was introduced to many eminent personalities such as Muhammad Ali Jinnah, Jawaharlal Nehru and Mahatma Gandhi with whom she shared a special bond and a very good rapport.

During 1915-1918, she traveled across India lecturing on social welfare, women empowerment, emancipation and nationalism. Inspired by Jawaharlal Nehru, she embarked on providing help and support for the indigo workers in Champaran who were being subjected to violence and oppression. In 1925, Naidu was appointed the President of the National Congress thus making her the first Indian women to hold the post.

With the introduction of the Rowlett Act in 1919, Sarojini joined the Non-Cooperation Movement organized and led by Mahatma Gandhi. In the same year, she was appointed the Home Rule League’s ambassador to England. In 1924, she became a delegate to the East African Indian Congress.

In her last years, Sarojini actively participated in the freedom movement and was a part of the Round Table summit held in 1931. In 1942, she was arrested along with Mahatma Gandhi for her involvement in the Quit India movement and was jailed for almost 2 years. After her release from the jail, she presided over the Steering Committee at the Asian Relations Conference. With the independence of India in 1947, Sarojini Naidu was made the Governor of the Uttar Pradesh in the wake of her contribution to the movement. She was the first woman to become the governor of a state.